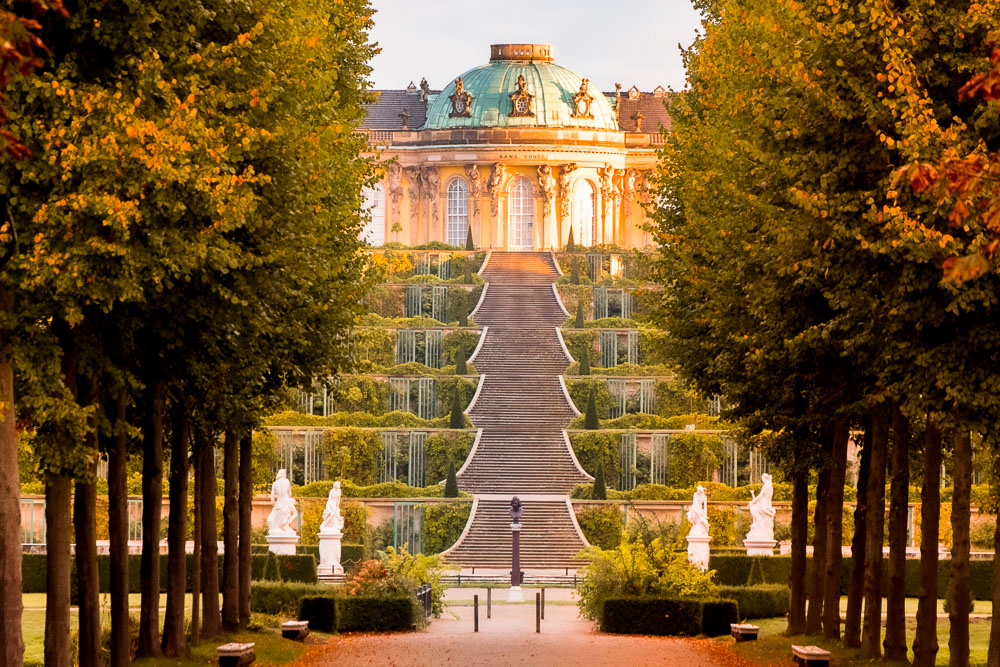 Potsdam’s Palace and Park Sans-Souci are located about 20 kilometers from Berlin. The Palace Sans-Souci is a bit like the German Versailles! The complex of palaces and parks, covering 500 hectares and whose 150 buildings were built between 1730 and 1916, is part of the UNESCO World Heritage.

My photo report will focus on the most important palaces and in particular :

I end with a small visit of Potsdam, the “Versailles” of Berlin. 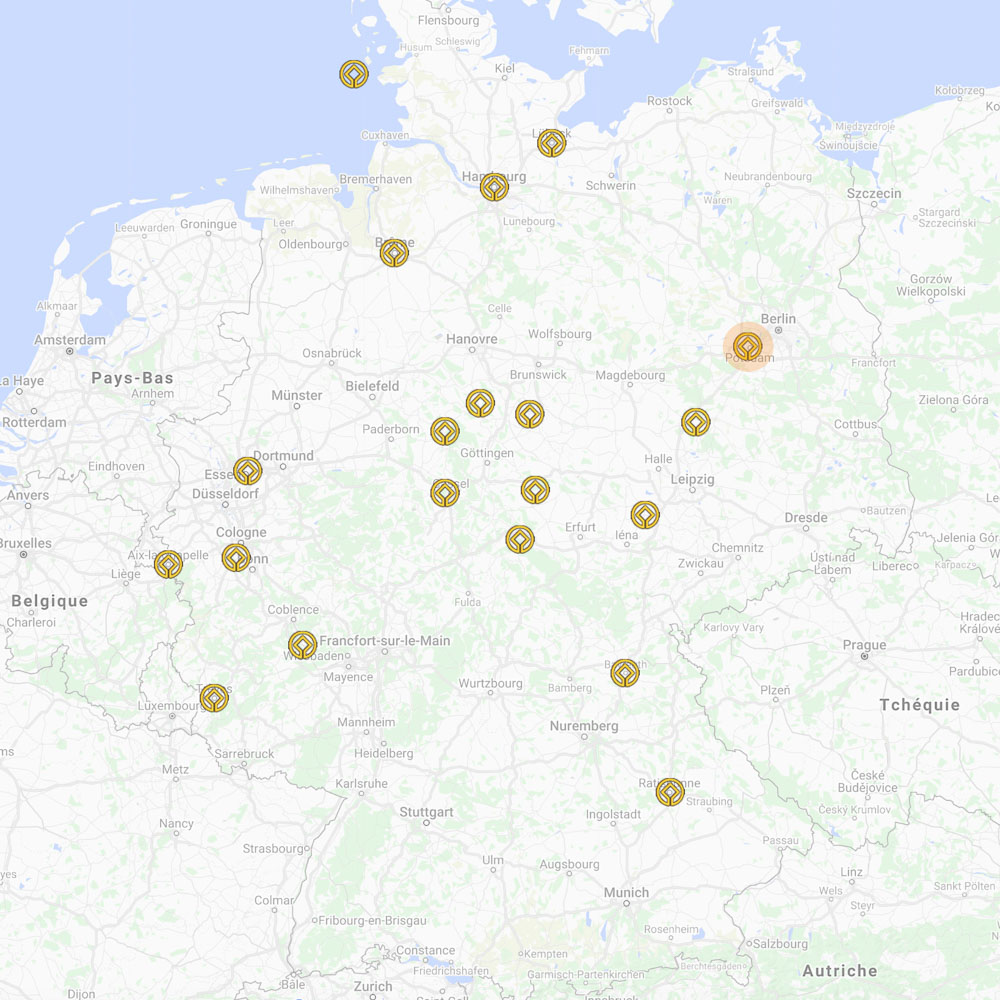 Photograph the park and castle Sans-Souci and Potsdam

The palace or castle Sans-Souci is intimately linked to King Frederick II of Prussia, known as Frederick the Great, one of the most important historical figures in Germany. He built the palace of Sans-Souci in the middle of the 18th century as his summer residence.

The name “Sans-Souci” comes from the fact that Frederick II of Prussia was very Francophile (French was the international language of the European courts at that time). In any case, he hoped to have no more worries once he settled in his palace!

Voltaire, a great friend of Frederic II of Prussia, stayed at the palace of Sans-Soucis for a few years. His literary or artistic imprint is still present there. 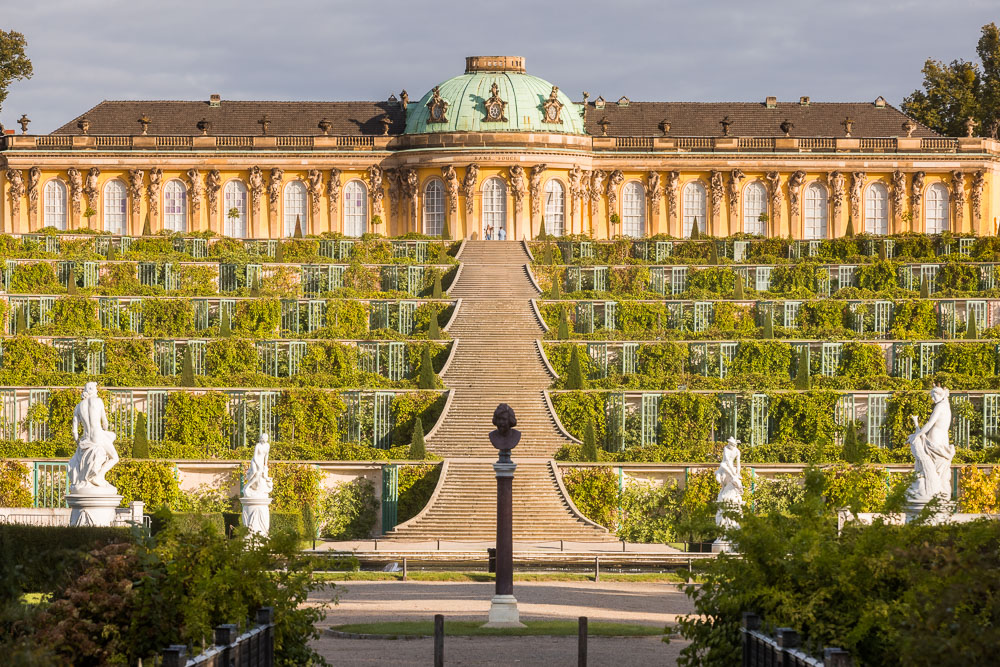 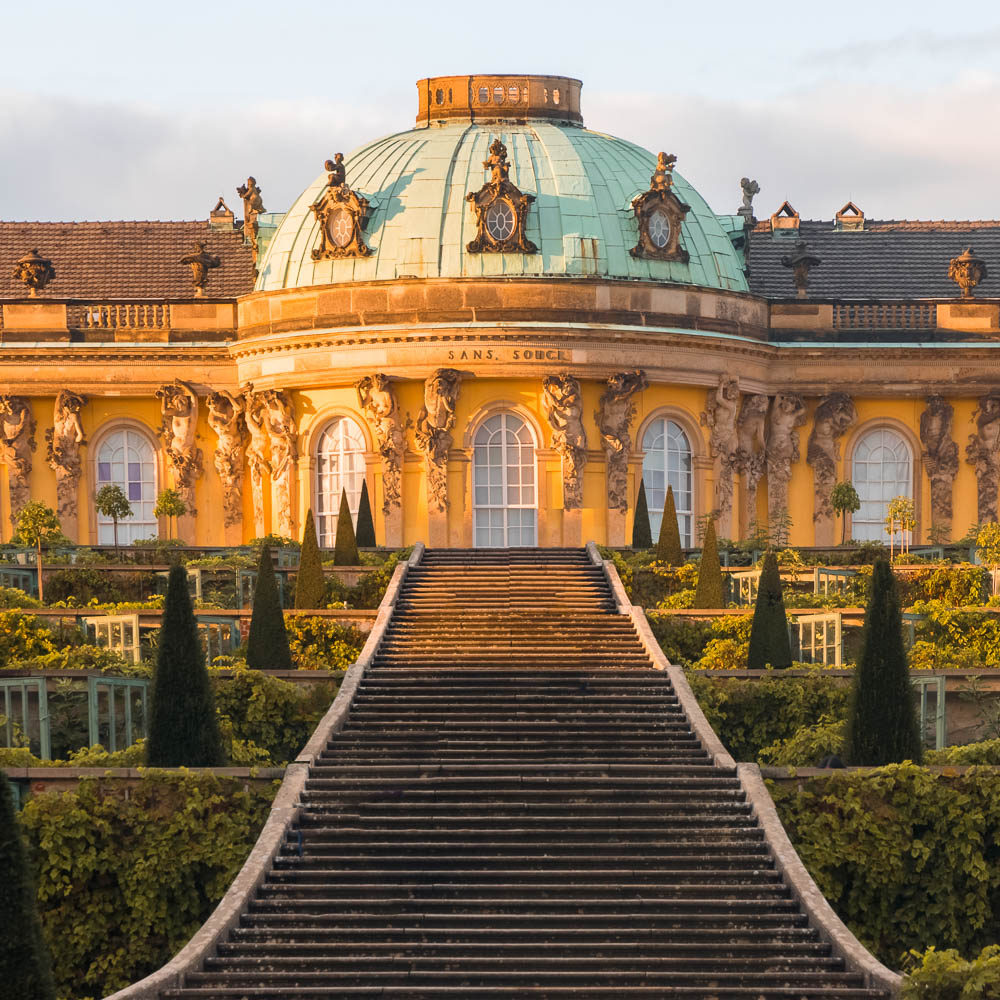 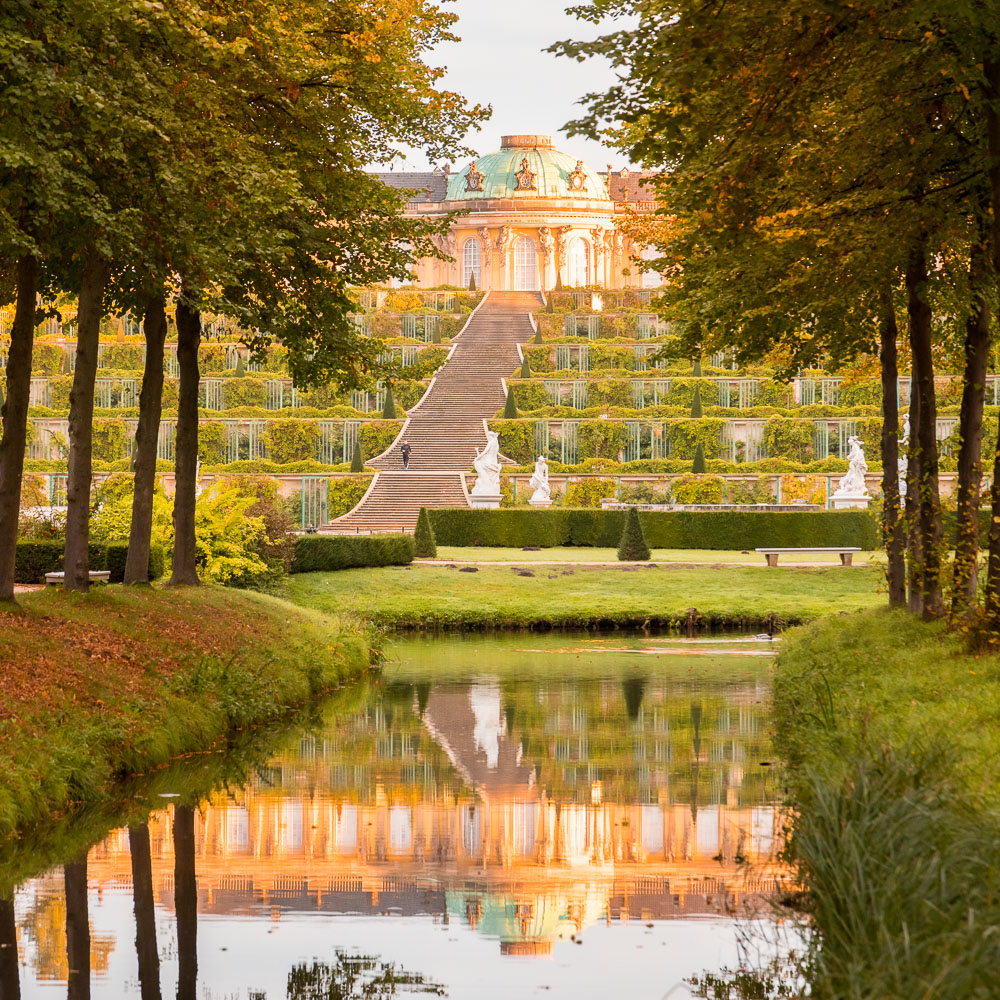 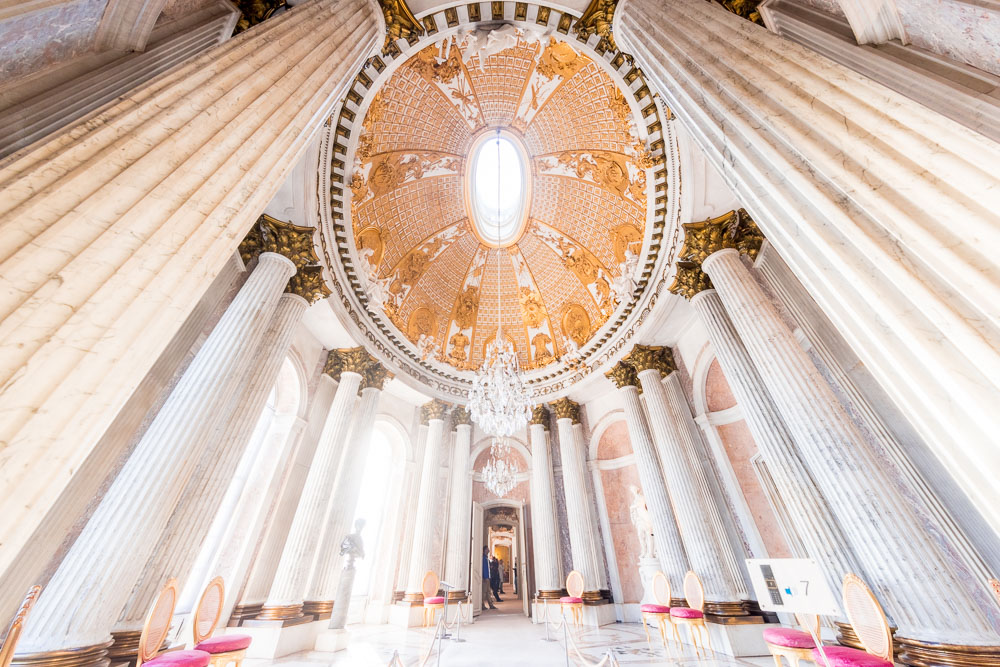 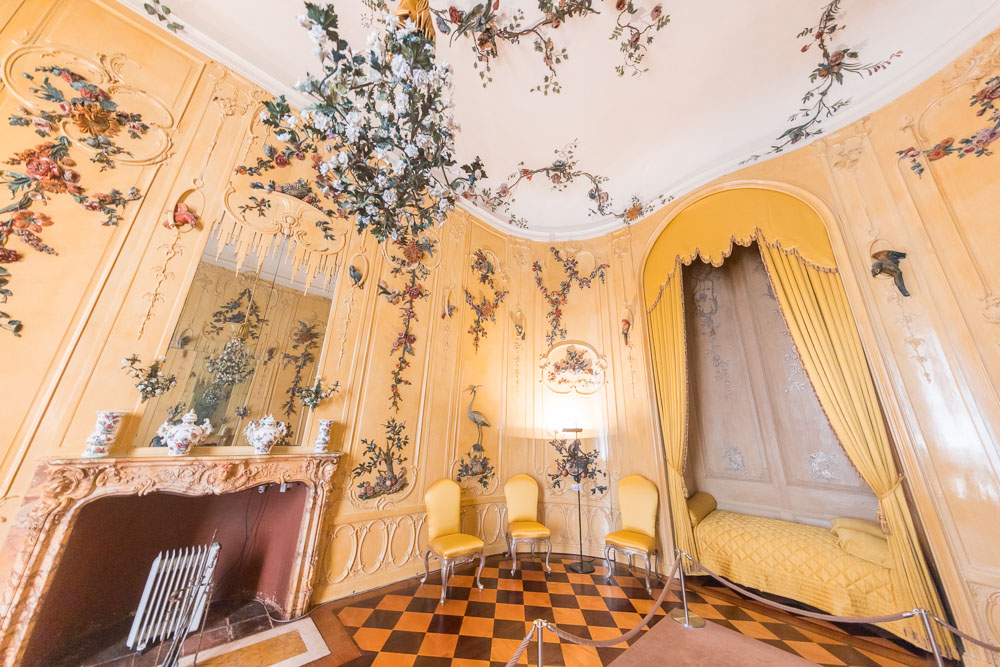 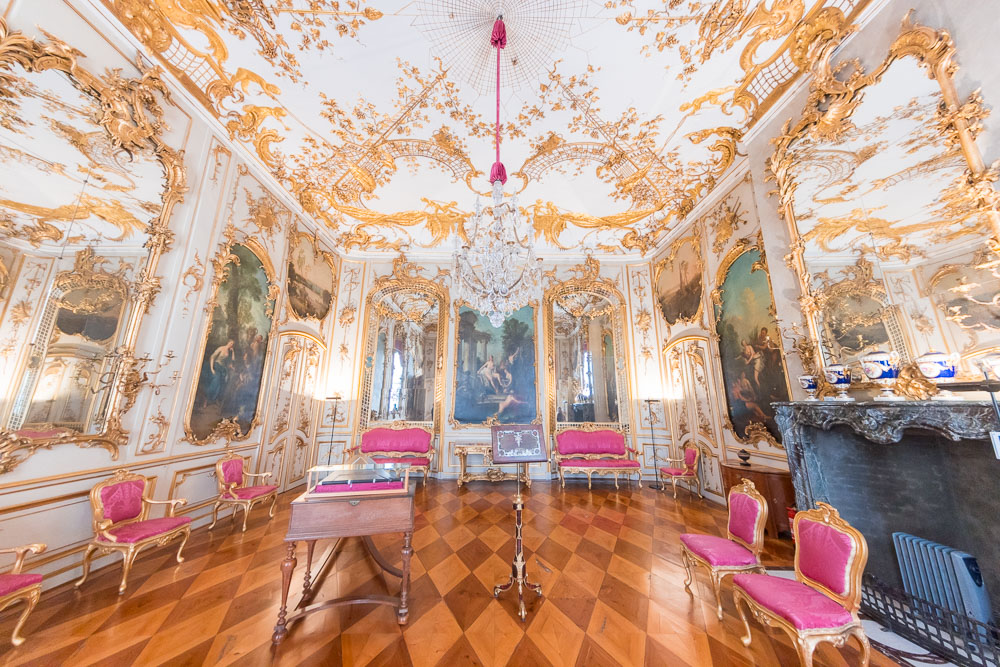 It is the largest building in the park of Sans-Souci. This palace was built by Frederick II for official purposes of representation.

For the record, it is here that Stanley Kubrick shot Barry Lyndon’s scene with the largest aperture photographic lens ever built (f/0.7). 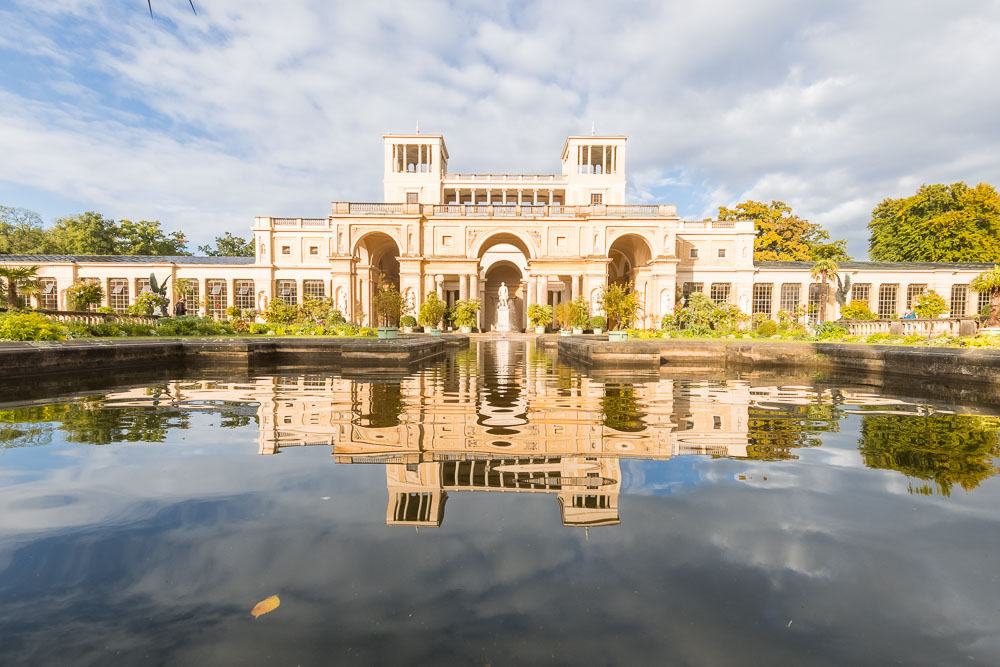 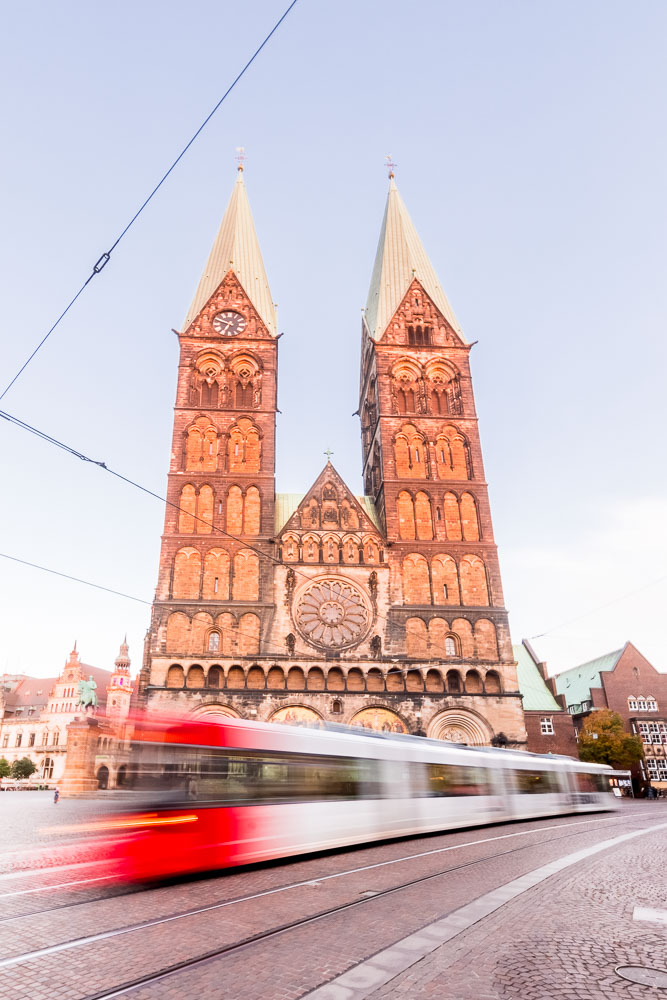 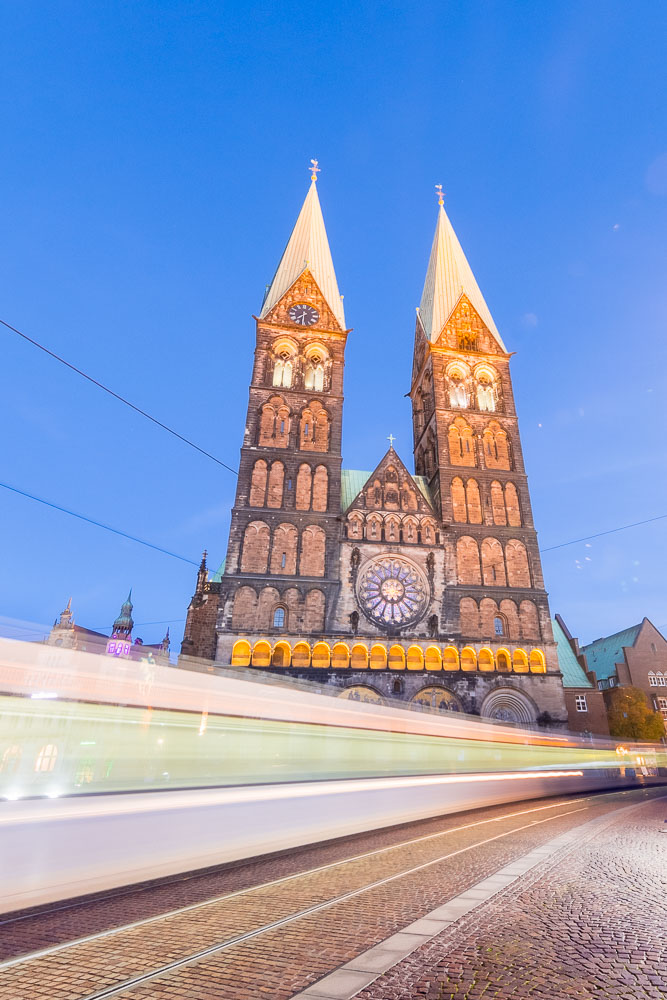 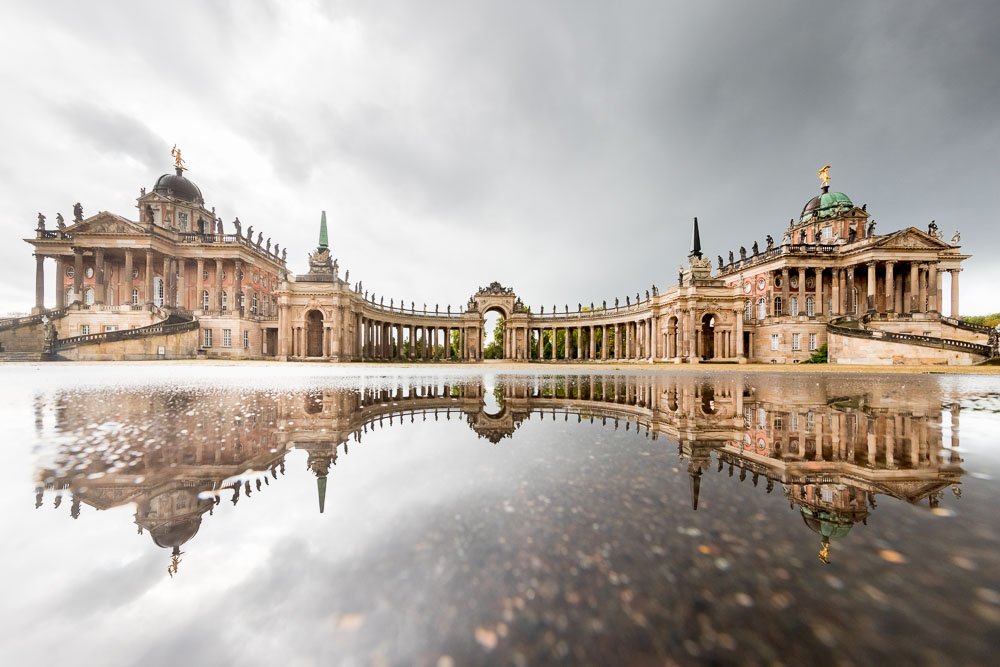 The Orangery Castle is reminiscent of the architecture of Italian palaces. It was erected by Frederick William IV. It is the last palace built in the park of Sans-Souci. The atmosphere that reigns there is surprising. One really has the impression to be in Italy whereas one is in East Germany! 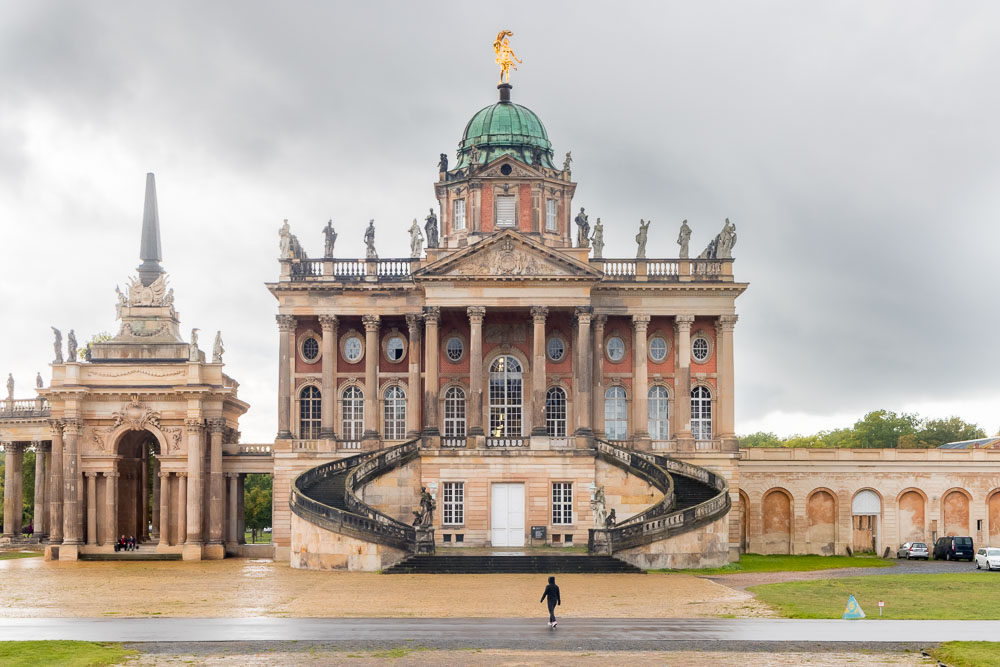 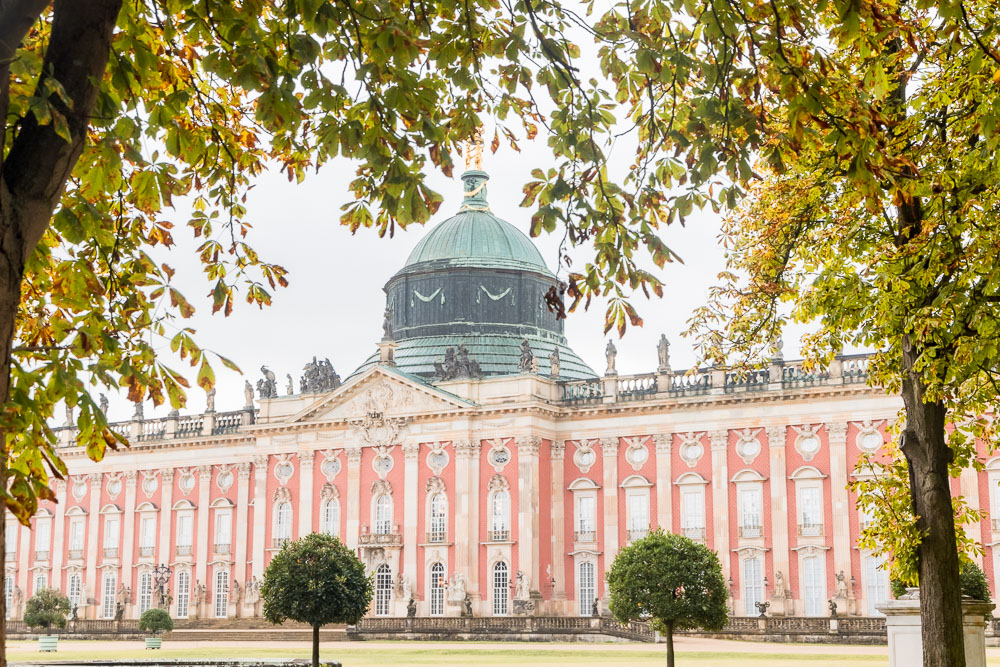 Potsdam is a small city on the outskirts of Berlin, like Versailles for Paris. It is the symbol of the military power of the emerging Prussia under Frederick the Great. The Arc de Triomphe at the entrance of the city bears witness to this past. Indeed, it celebrates the “victory” of the Prussian troops during the Seven Years War. 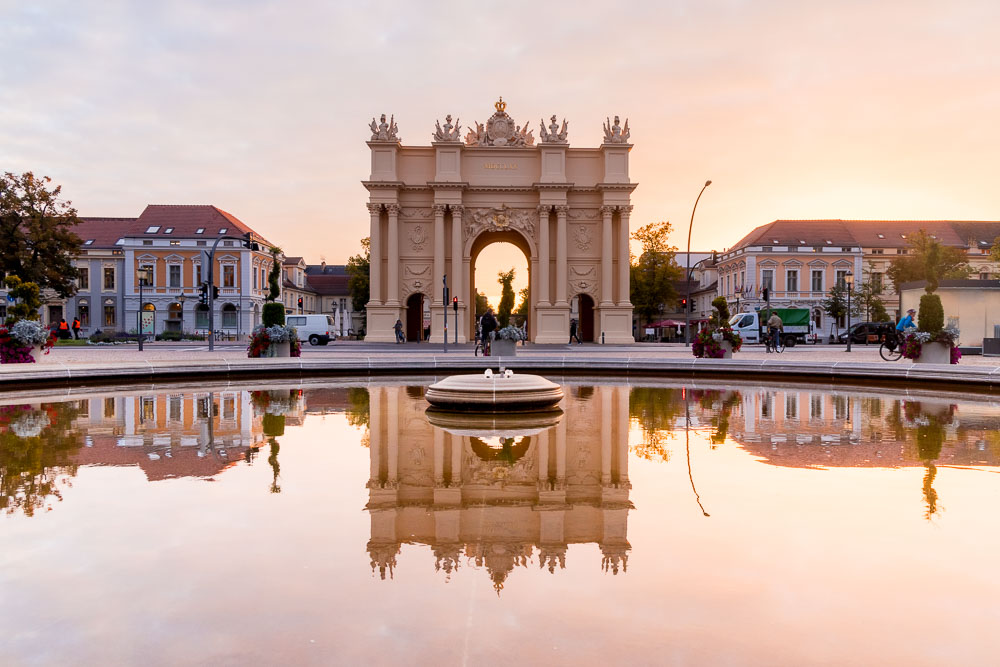 Spotlights to photograph in Sans-Souci