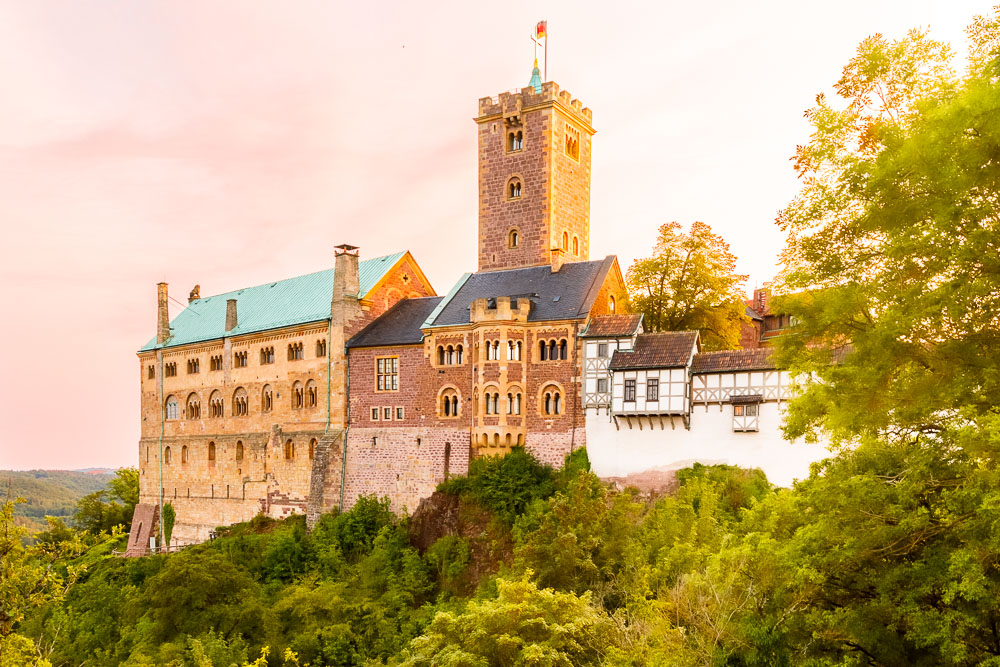 Wartburg Castle in Thuringia, central Germany, was built in 1067.

This castle has the originality of being an architectural mille-feuille of several eras. It was inscribed on the UNESCO World Heritage List in 1999 as “an outstanding monument of the feudal period in Central Europe linked to cultural values of universal significance”.

The Wartburg Castle is also an important place of pilgrimage in Germany, as it was here that Martin Luther translated the Bible.

Because of its location in the center of Germany and its history linked to Lutheranism, it is not well known in Latin European countries with Catholic roots such as France. 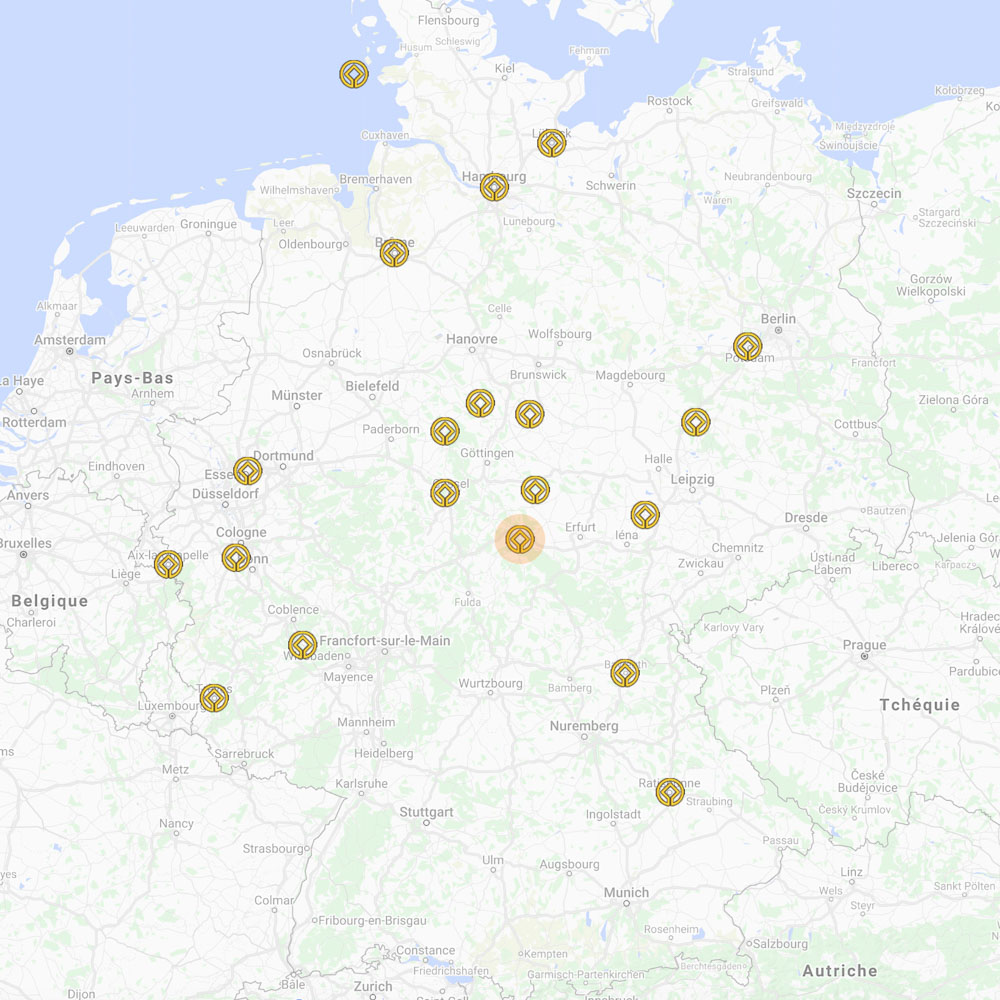 Exterior of the Wartburg Castle

An overview of the exterior of Wartburg Castle highlights its architectural mille-feuille side.

Aerial view of the Wartburg Castle 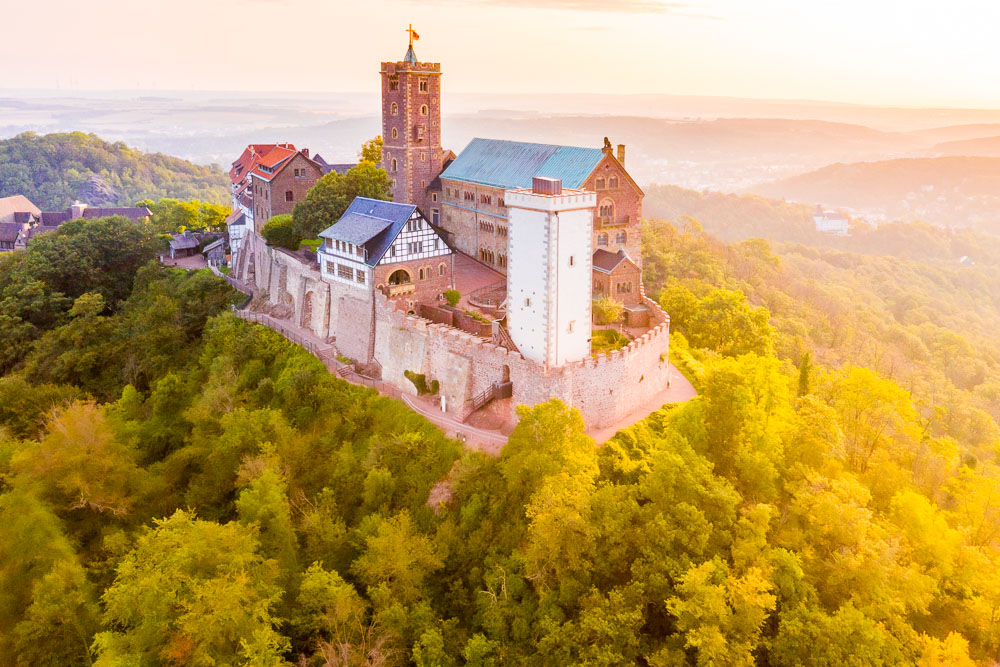 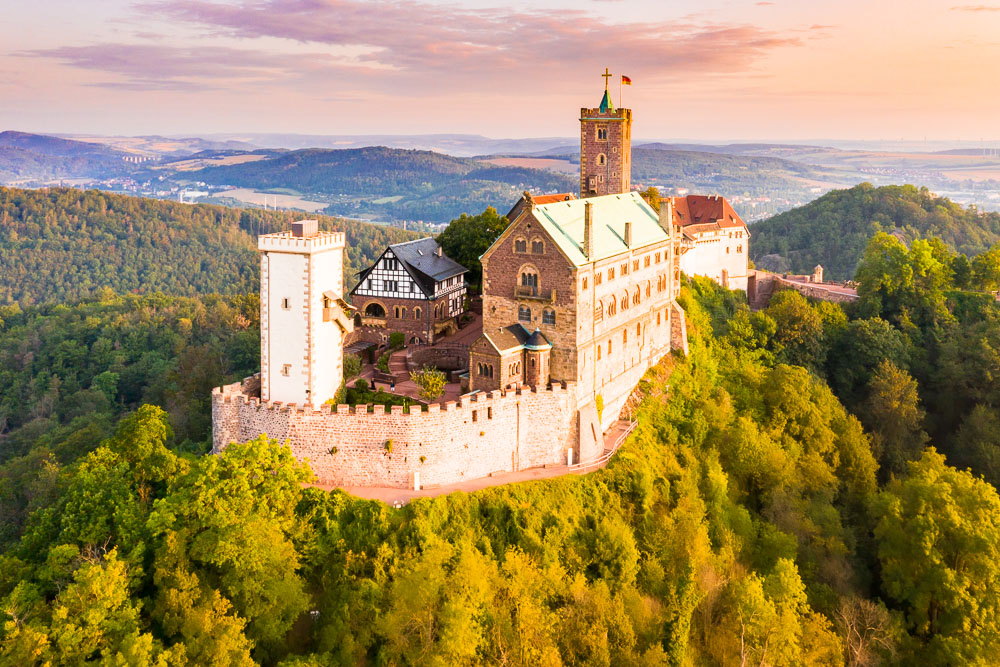 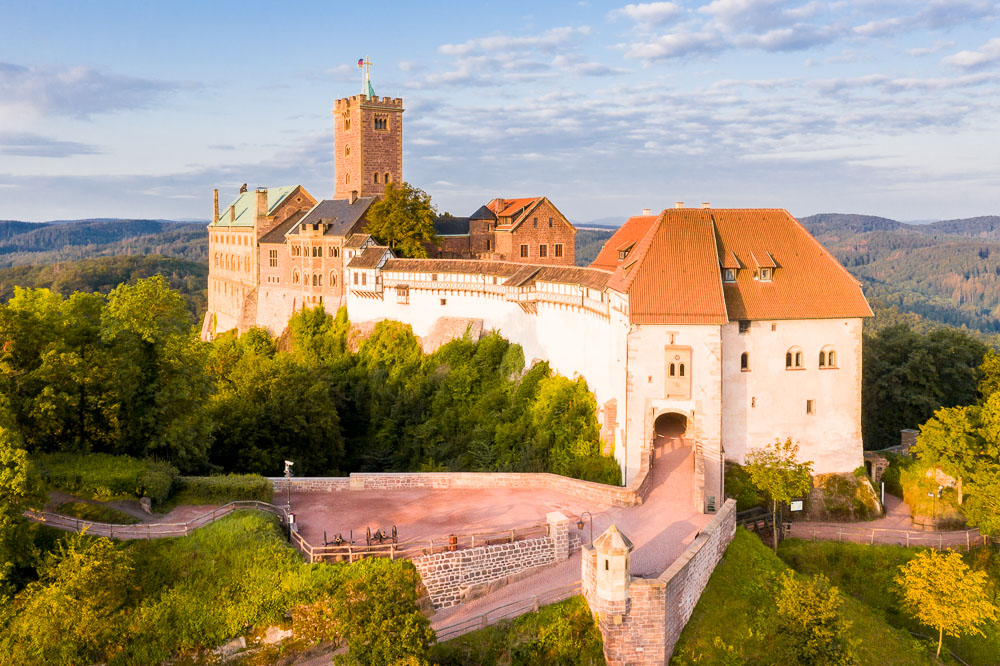 View of the keep and the main facade 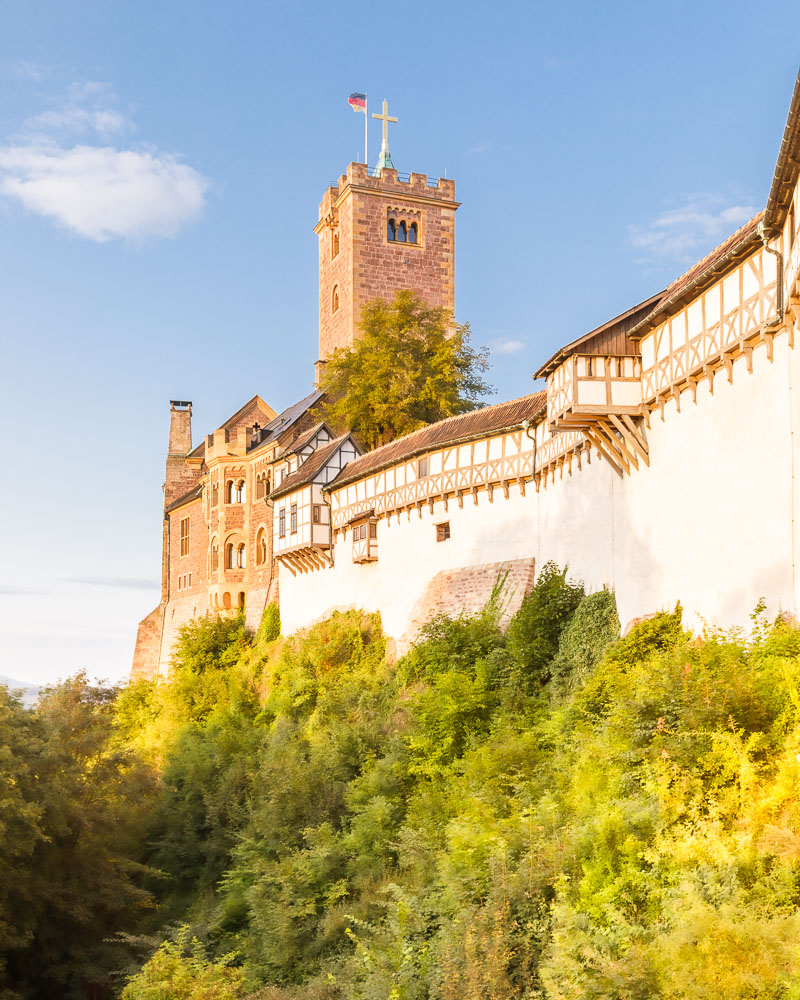 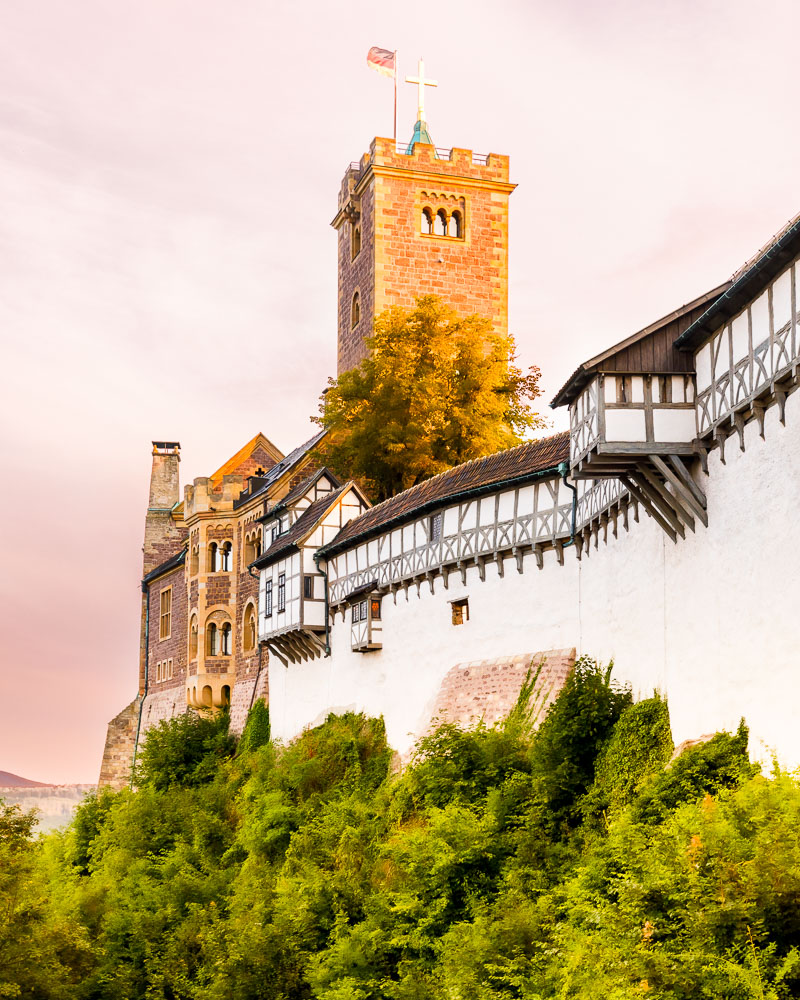 The inner courtyard of the Castle

The architectural superimpositions in the inner courtyard of the Castle, mixing the Middle Ages and the Renaissance, are quite understandable. 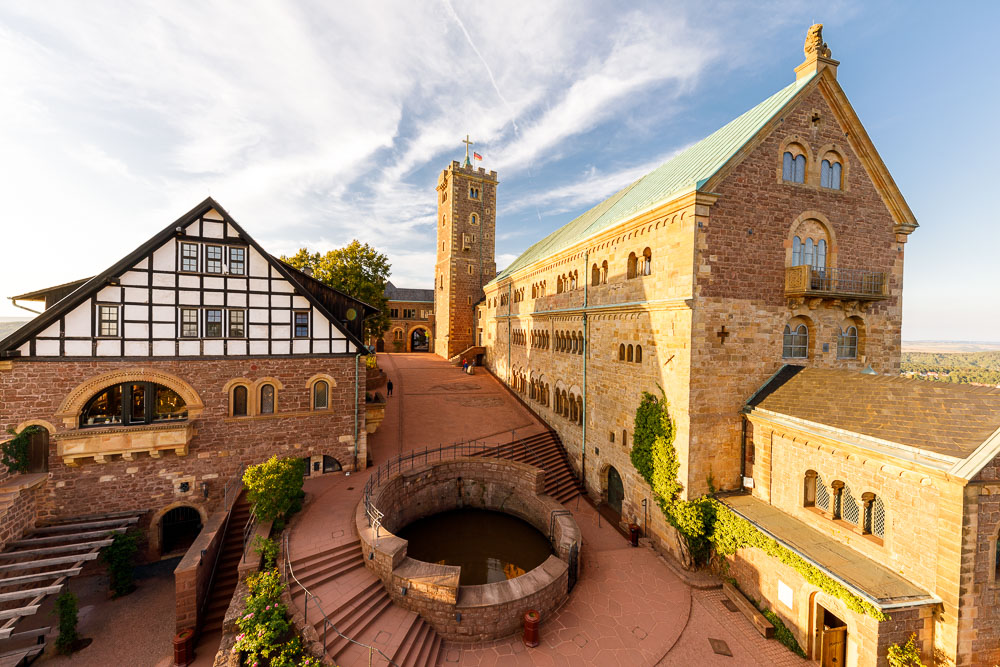 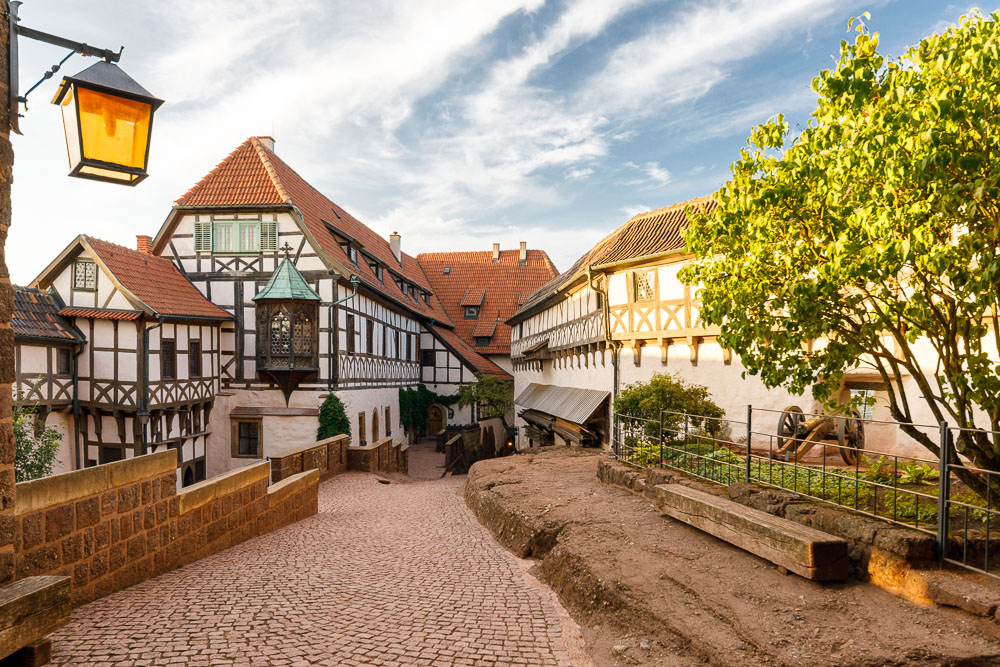 The inside of the Castle can be visited, it is very rich in history. One can find the office where Martin Luther finished translating the Bible. There is also a mosaic fresco made in 1905 by August Oetken and representing William II, the last German emperor. 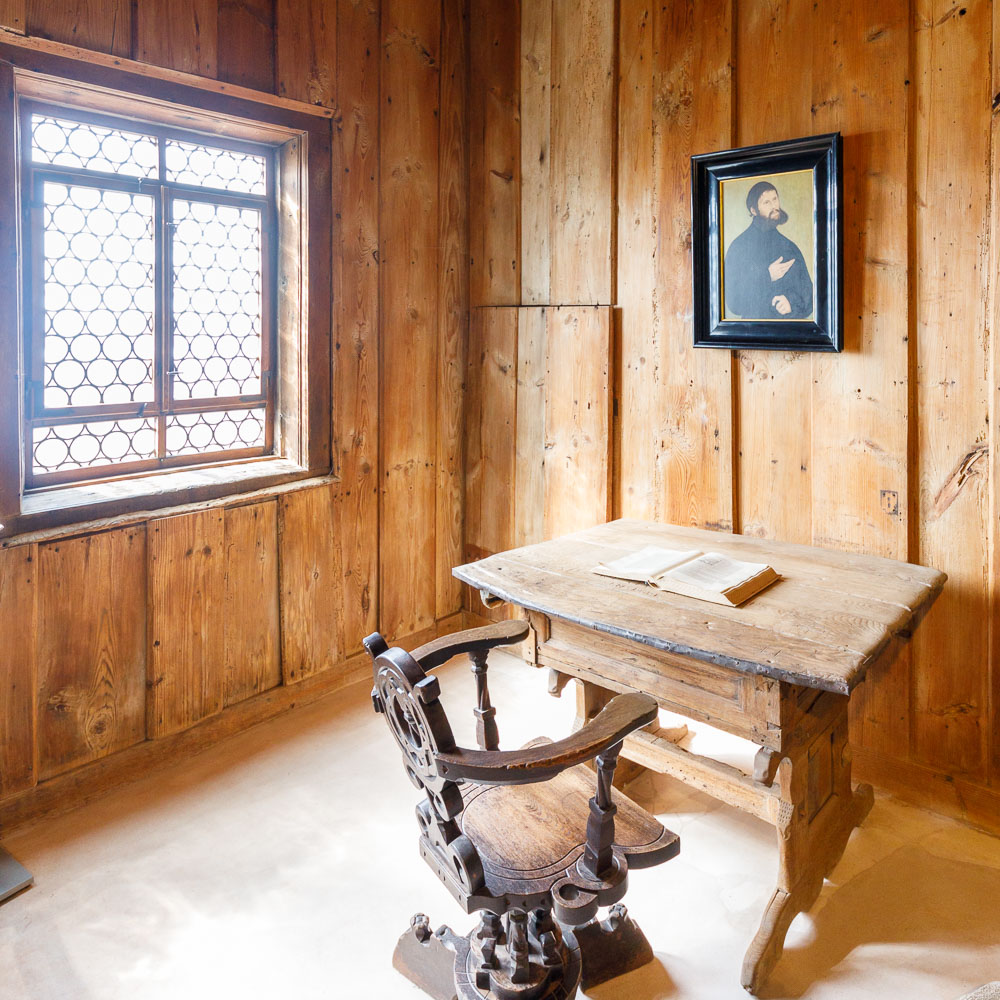 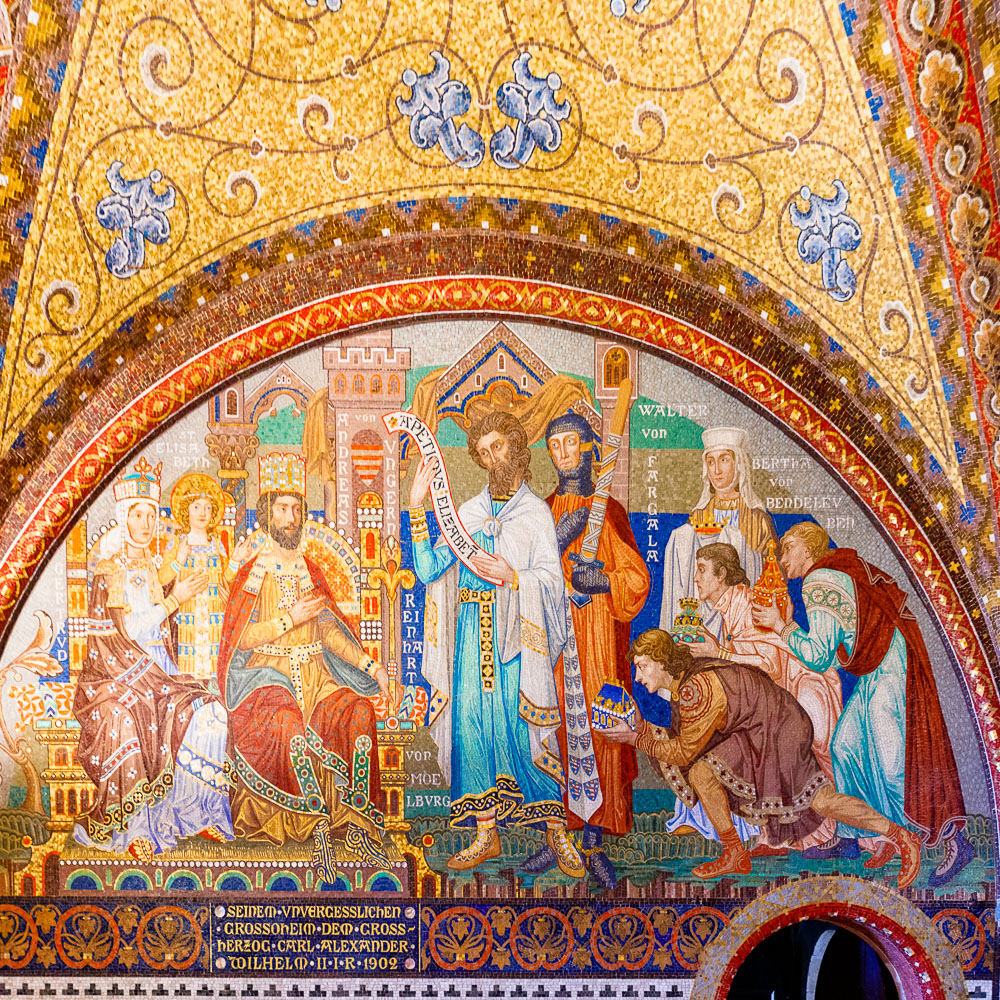 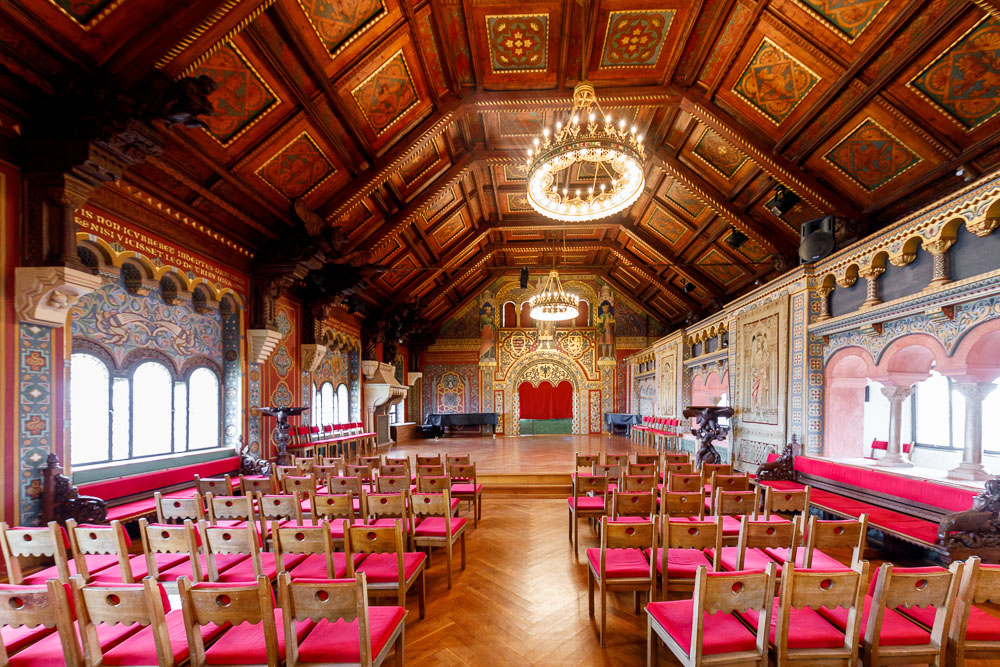 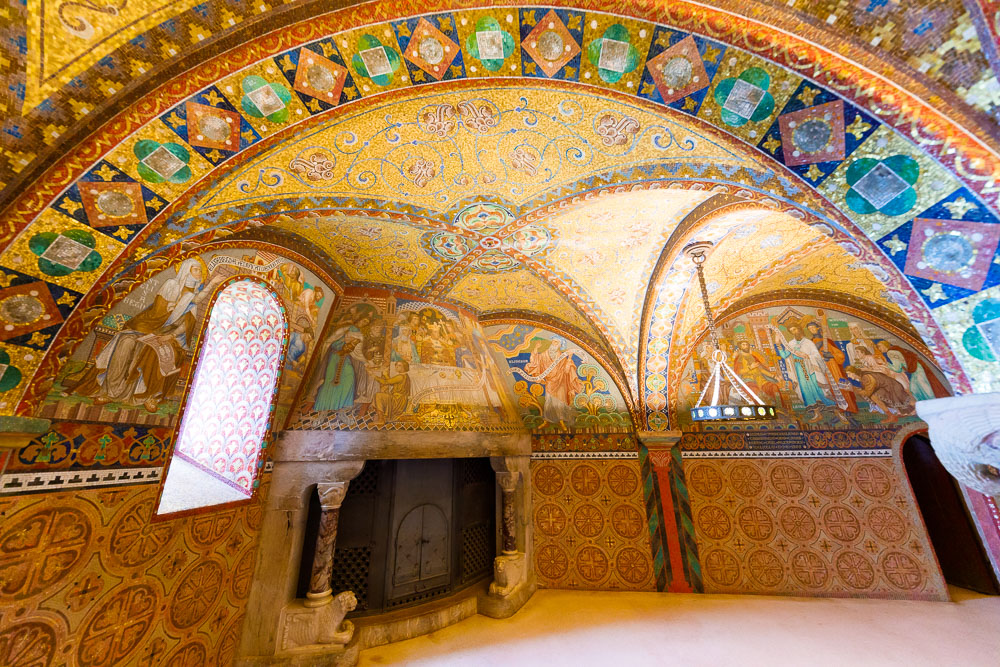 Spots to be photographed