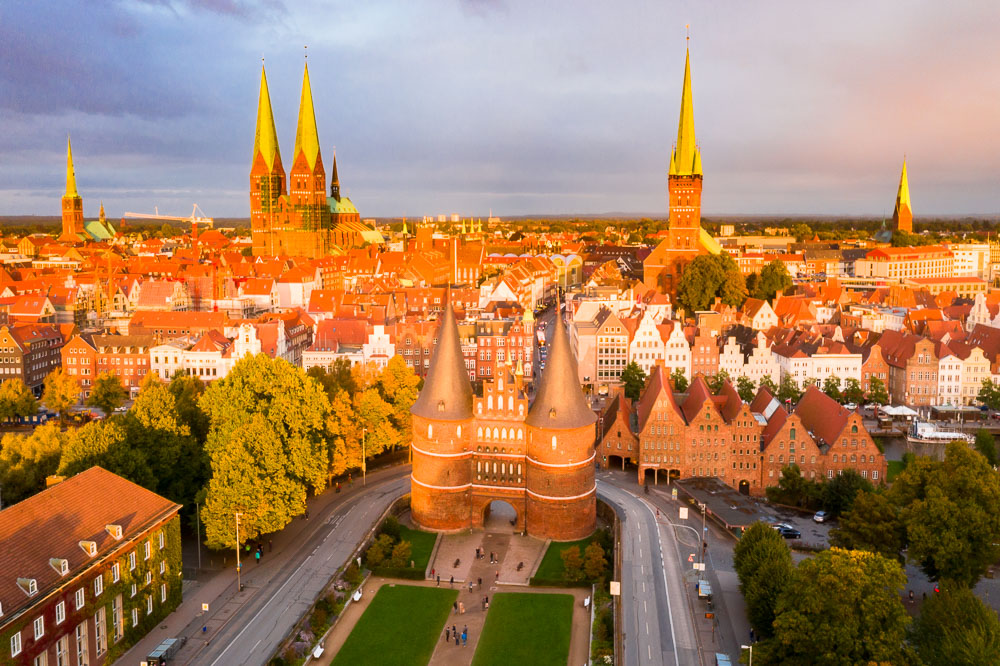 Presentation of the old town of Lübeck

Lübeck is a city in northern Germany. It was the capital of the Hanseatic League, i.e. belonging to the league of northern European merchant cities (such as Hamburg and Bremen). They controlled the trade around the North Sea and the Baltic Sea during the Middle Ages and the Renaissance.

The medieval Old Town of Lübeck is a UNESCO World Heritage Site, not least because of its typical red brick architecture.

For the record, Lübeck was French under Napoleon. Indeed, it was the sub-prefecture of the French department of Bouches-de-l’Elbe. 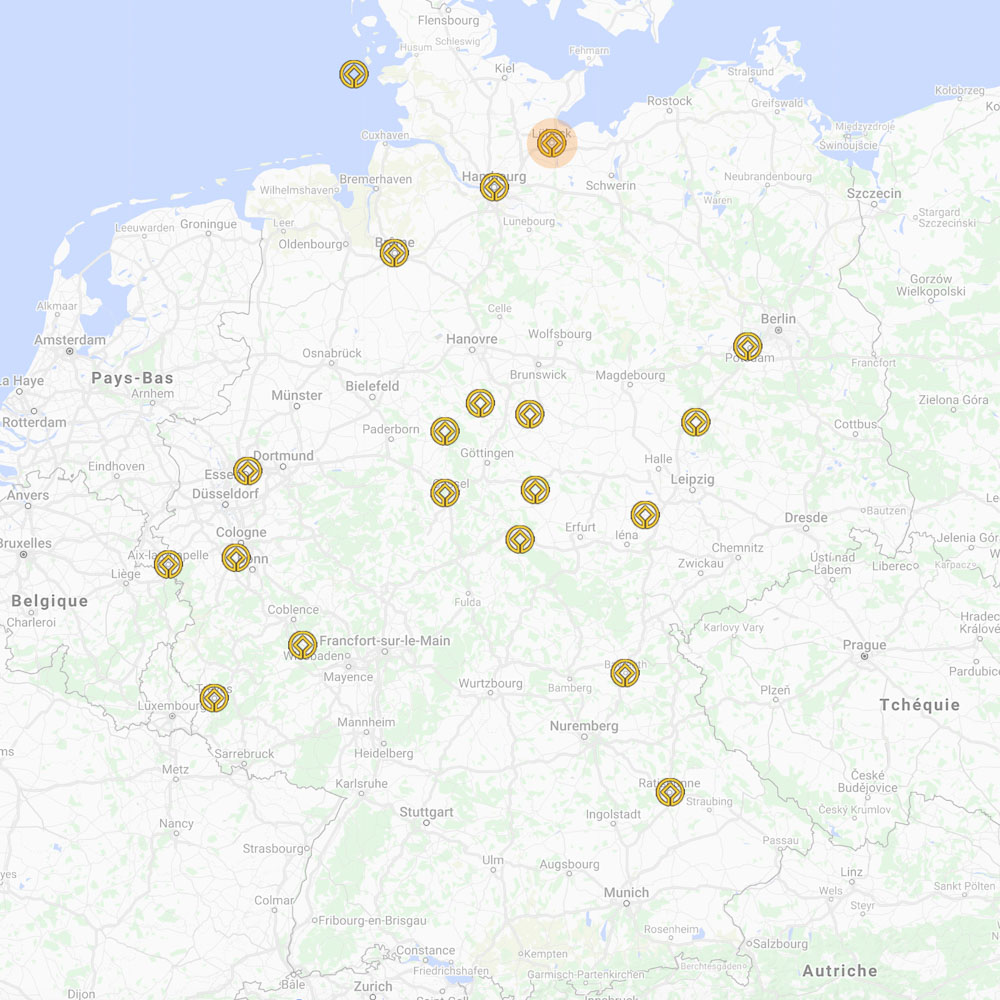 Photograph the old town of Lübeck

The Holstein Gate: entrance to the old town of Lübeck

Symbol of Lübeck, this monument is one of the two gates of the remaining medieval fortifications. 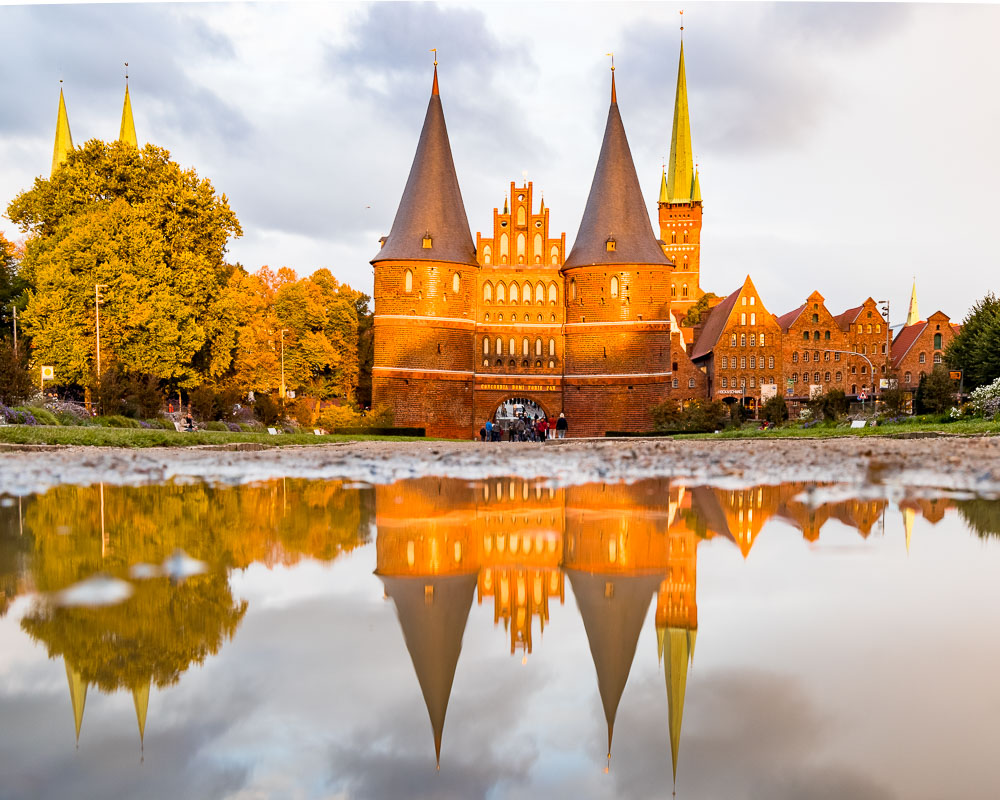 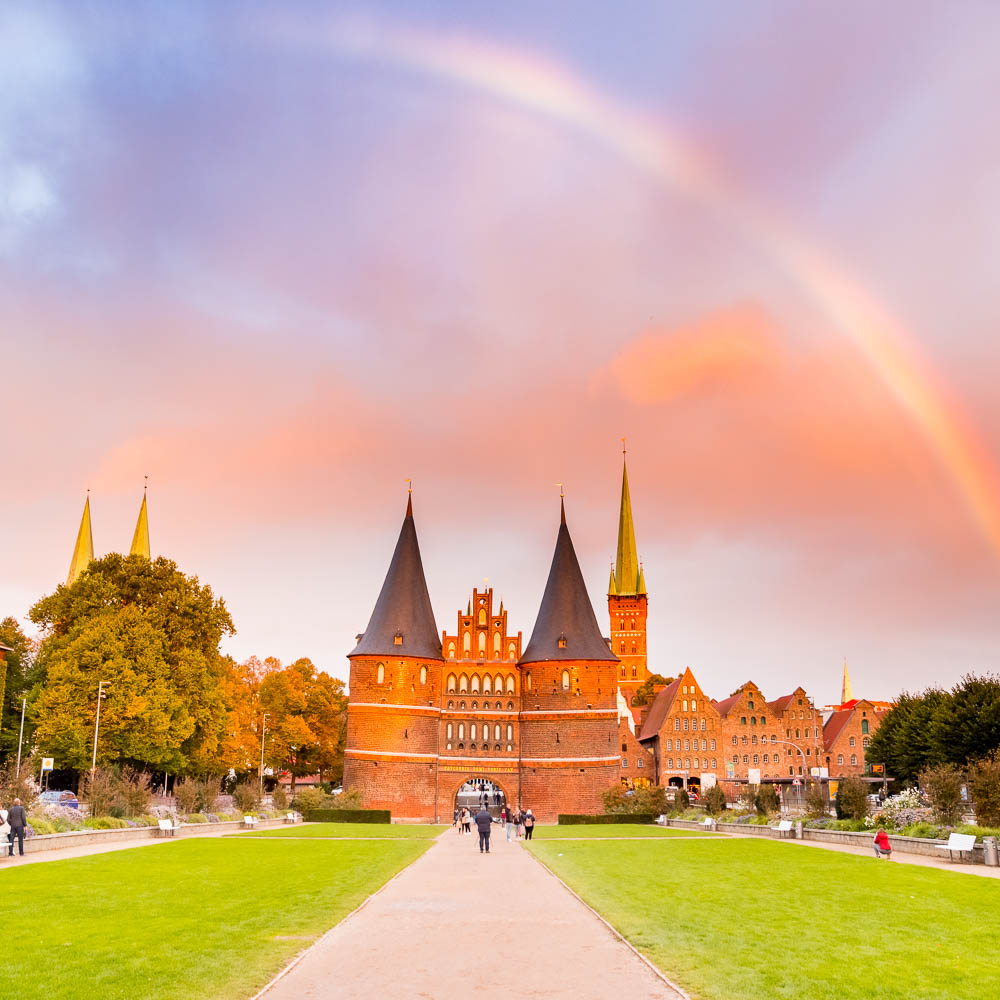 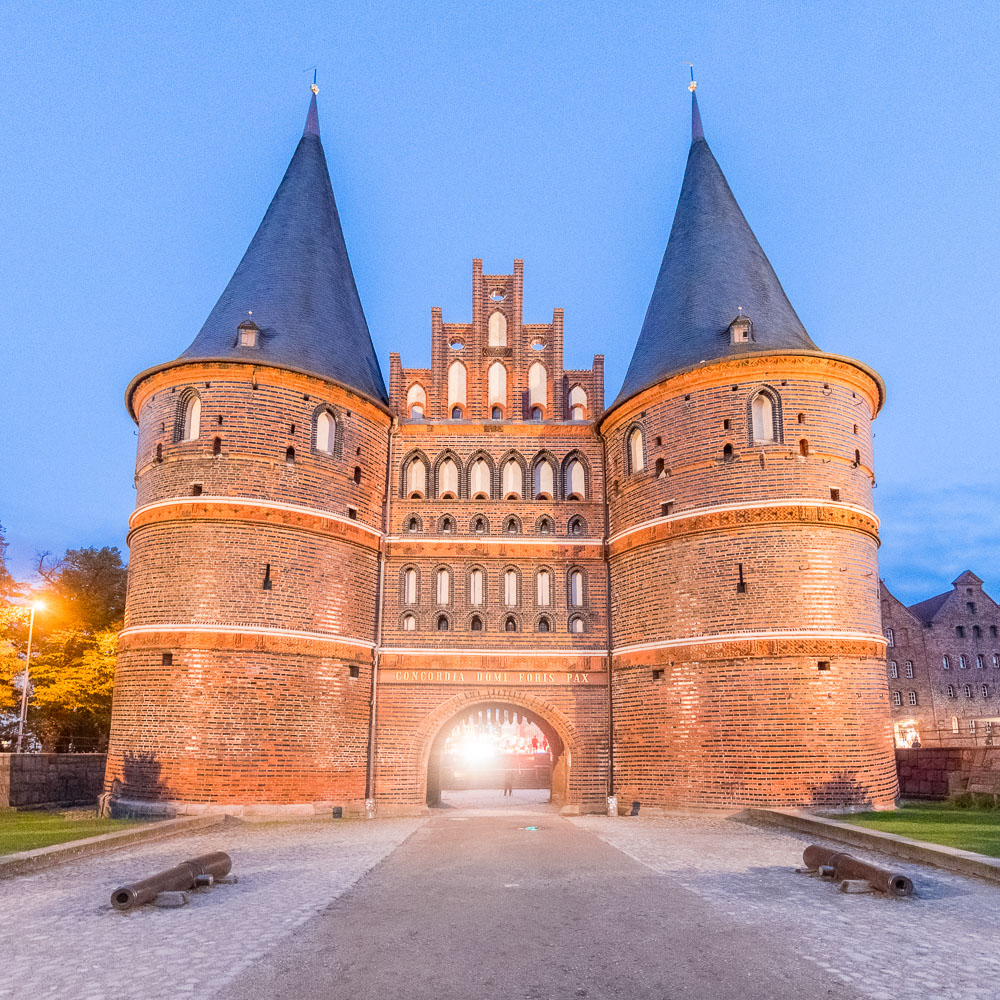 Saint Peter’s church and the banks of the river Trave

A walk along the Trave River gives you an idea of the architectural harmony of Lübeck’s Old Town. St. Peter’s Church dominates this ensemble. You can reach its bell tower and contemplate the city from above. 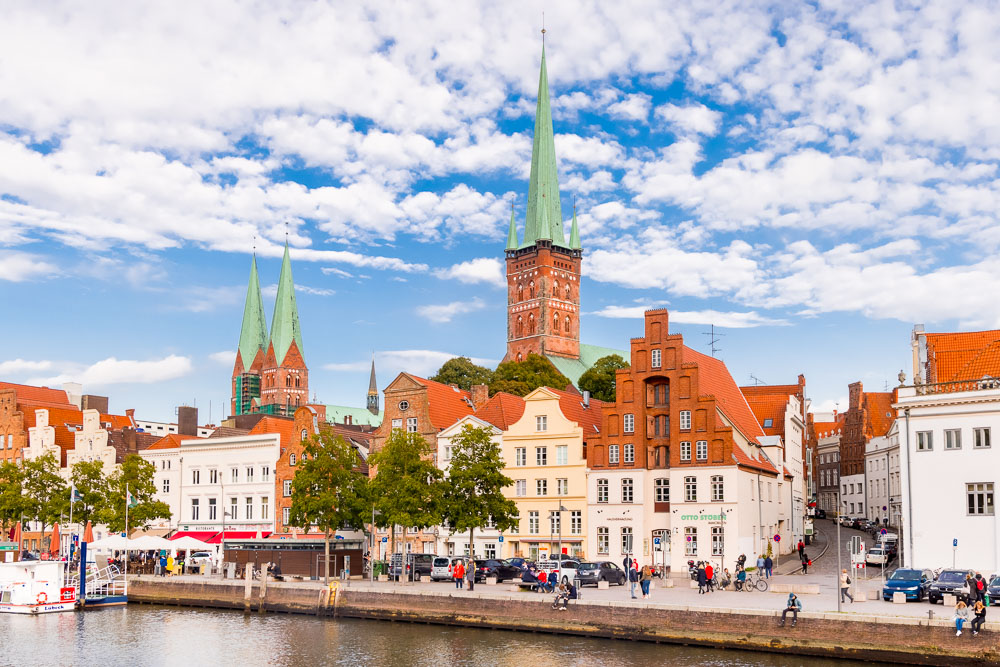 Lübeck Cathedral and its Old Town

Lübeck Cathedral dates back to the 12th century. It is the oldest building in the city. The surrounding area is also worth a visit. In spite of the bombings of the Second World War, there are still many typical medieval houses (recognizable by their large sloping roofs). You can easily get lost in the small streets and alleys of this very colorful and photogenic district. 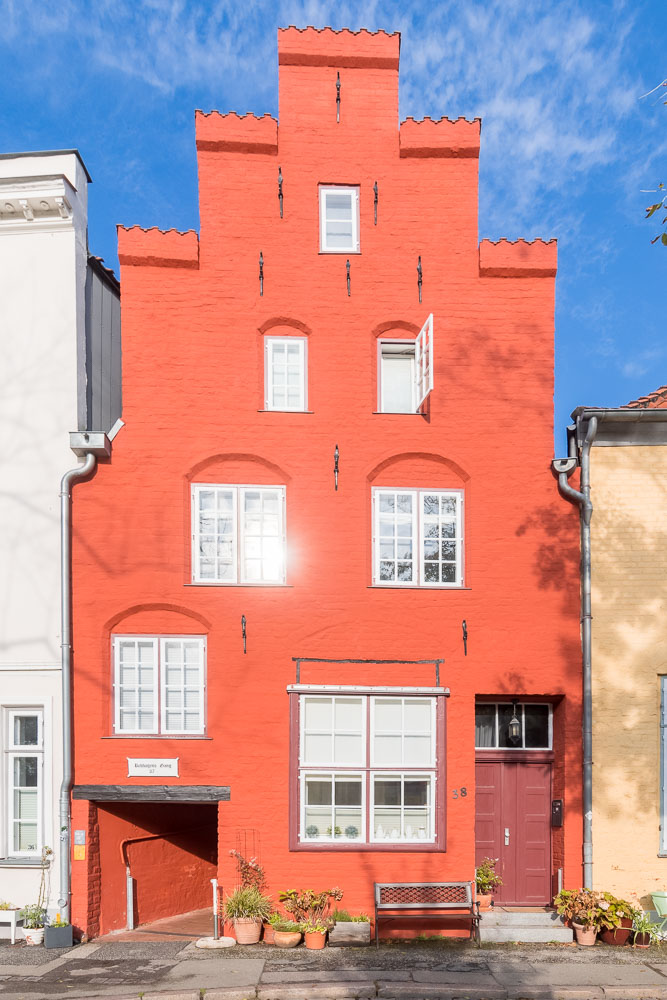 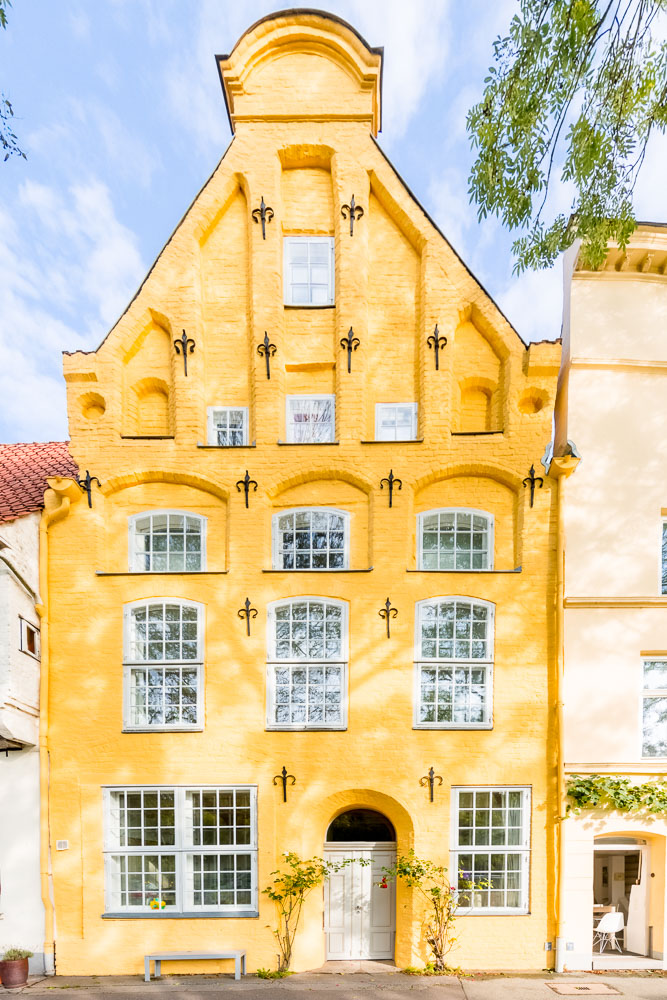 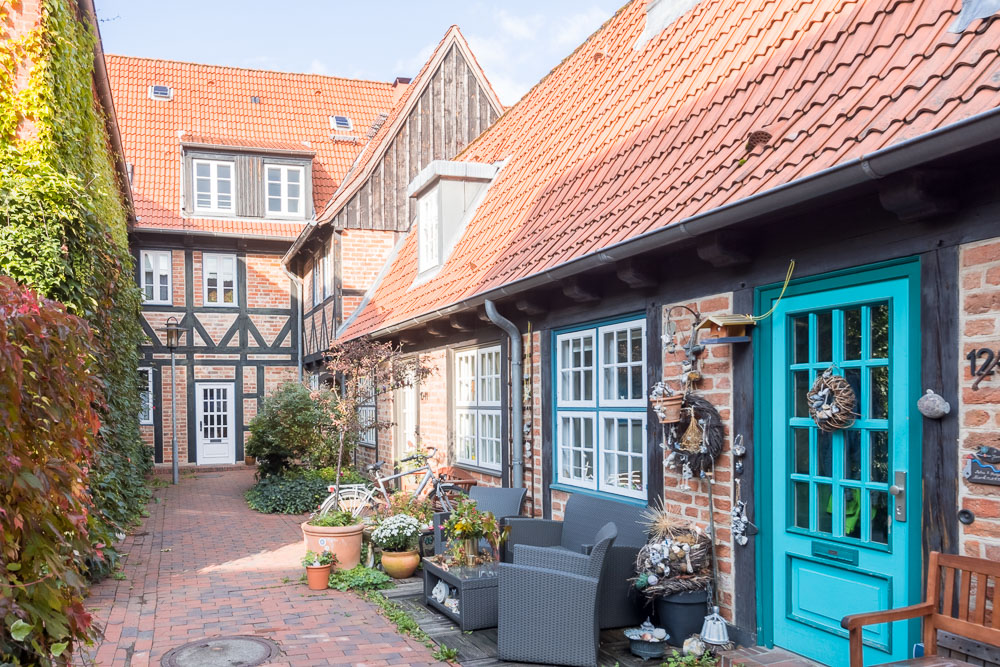 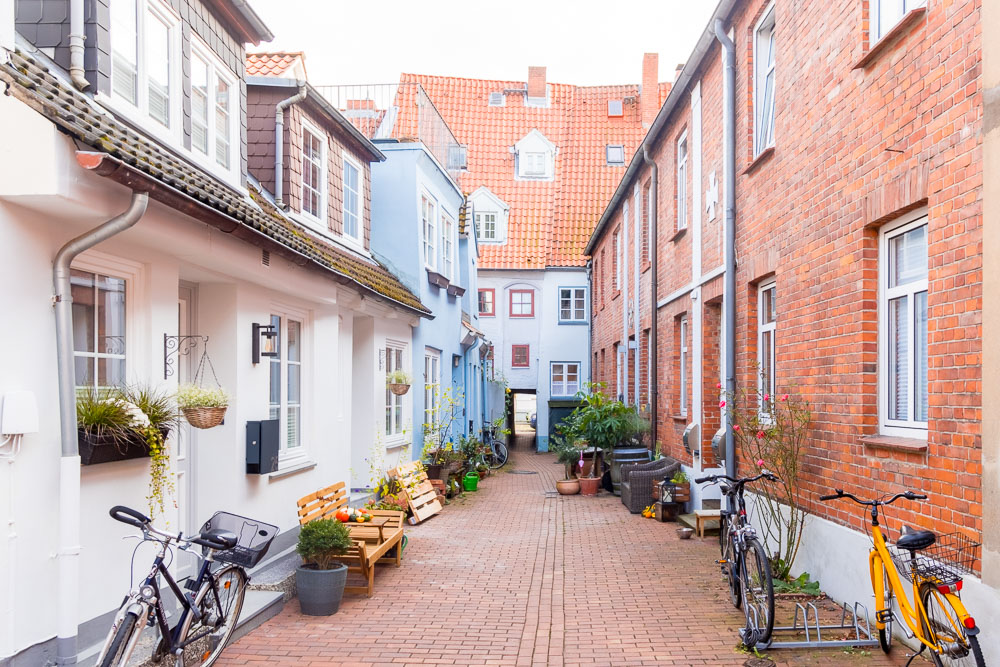 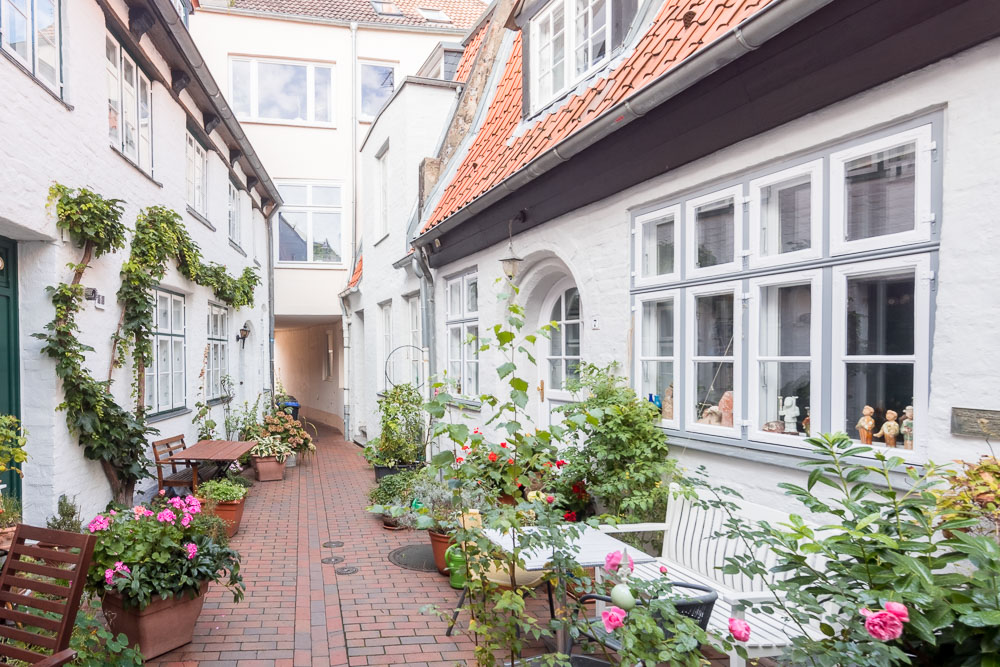 Photo material to be taken

Photo spots in the old town of Lübeck